Making Movies with Web 3. the Next Wave of British Cinema with the Money Shot

Our team has been making content for film and television in the traditional way for decades. We love it, but we believe the future of filmmaking is tokenised.

We want to level the playing field and change the way movies are made with Web3. We want to make award winning movies with you.

It all starts with this Access Pass. Owners will get x2 free Movie NFT’s and at least 10 Movie NFT whitelist spots for every Access Pass owned. We will be providing more exclusive products, access, and credits to Access Pass holders with every Movie NFT released.

Each movie will have its own set of unique NFTs. Every Movie NFT drop is a separate project, has its own artwork and comes with its own perks and development strategy. We are going to have some fun with these!

When a movie makes a profit. 100% of that profit goes towards making the next movie. Which means Movie NFT holders will get air dropped the next Movie NFT.

Our crew is dedicated to raise the aspirations in young people, especially those who are disadvantaged and/or underrepresented in our industry. More on this on our website.

“NFT’s are the most exciting, artistic medium that currently exists. Combine that with ownership rights, NFC technology, online gaming and access permissions. We have one of the most interesting, fun ways of making movies ever!” says co-founder Peter Snell.

“What really excited me about Web 3 in its inception and throughout the development of The Money Shot was how much it aligned with the philosophy of my other company, Screen Northants,” says film producer and Co-founder Paul Mills. “Democratisation and Meritocracy are at the heart Screen Northants. We make commercially focused Feature Film and TV, work with 70 disadvantaged 14–21 year olds every year in our (Free) Academy and we are a Not-For-Profit, which means all profits are funnelled directly into the next film and keeping the Academy running. We are 7 years old, completely transparent and practice what we preach. The Money Shot is a natural extension of the ideology of Screen Northants, If you buy a pass, you are guaranteed 2 NFT’s from each of the 3 films which will initially be funded from the pass sale. What I love is that the profits from those films will go into making the 4th film and the 5th and the 6th and so on and pass holders will receive NFTs for every subsequent film created. I also love that Screen Northants Academy will partner with each of these films, meaning investment in the pass is investment in the democratising of the film and television industry.”

Find out more about us and our plans on The Money Shot website. Or reach out to them on Twitter.

For interview opportunities or any questions please contact peter@shinystudio.co.uk 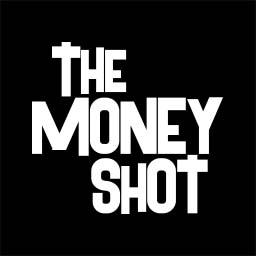